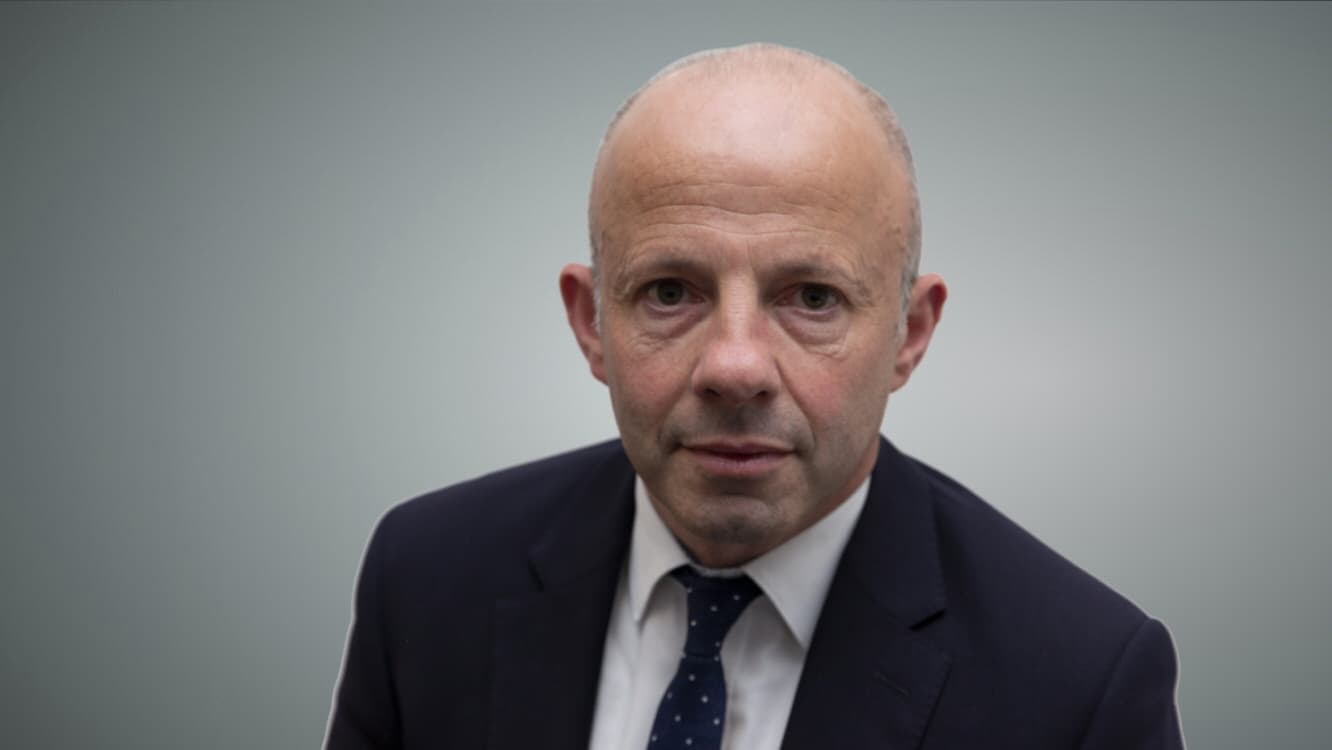 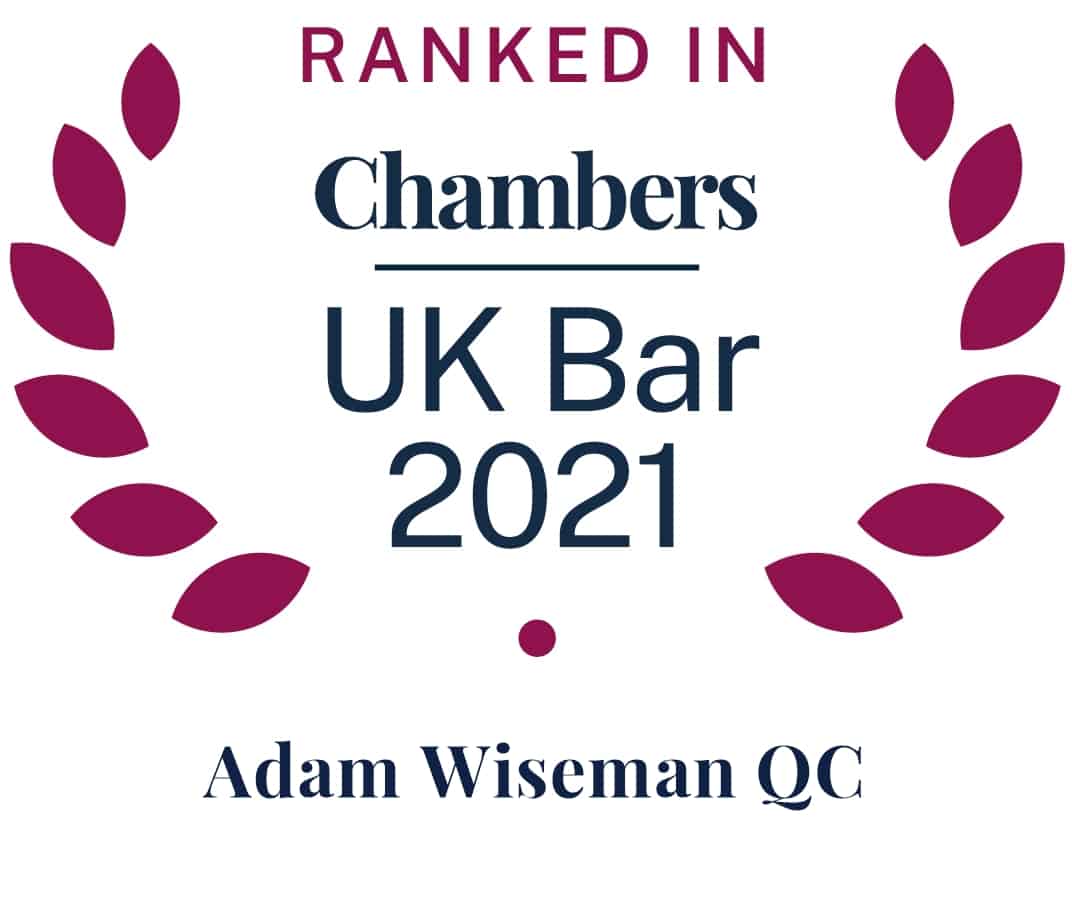 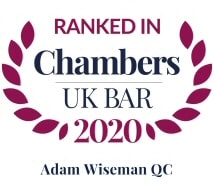 "Brave and forthright in his cross-examination, yet still sensitive to the client.", "Insightful and always prepared, he plots his way through complex cases and is respected by judges."

"A natural advocate who owns the courtroom and brings first-rate judgement to cases."

"He brings first-rate judgement and strategic planning to bear."

"A very gifted and hardworking barrister, whose preparation is comprehensive and tactical awareness is first class."

Recognised by Chambers & Partners and Legal 500 as one of the leading barristers in practice.

Adam is regularly instructed to act in an advisory capacity for individuals and institutions.  He is frequently assigned by the Registrar of Criminal Appeals to appear in the Court of Appeal and appears pro bono in the Judicial Committee of the Privy Council involving appeals against the death penalty.

Adam is frequently instructed to defend in cases involving allegations of serious sexual offending involving both adults and children. He has a wealth of experience in offences of rape, sexual assault, inciting children to engage in sexual activity, grooming, brothel-keeping, possession and distribution of indecent images, gross indecency and many other like offences.

He is experienced at handling vulnerable witnesses and trains other advocates in how to perform such sensitive cross-examination successfully (Rook Working Group).

Adam specialises in privately instructed cases involving allegations of violence and is exceptionally experienced (and successful) in defending these cases.

For the past 20 years or so, Adam has defended in a number of high profile cases involving drugs supply networks, gun running, people smuggling and other forms of organised crime.

Adam has extensive experience in defending all types of fraud and ancillary offences. From large-scale identity fraud; mortgage fraud; company fraud, bank fraud and market abuse through to fraud involving a single defendant and a single transaction, Adam is able to assimilate, marshal and distil the information into a workable and comprehensible format. Adam defended in the News International phone hacking case and is comfortable dealing with exceptionally voluminous cases.

Adam specialises in the privately instructed defence of all road traffic matters. Any case that involves a fatality requires an extra sensitivity and delicate case management for which Adam is consistently praised.

Adam has a particular interest and expertise in the regulation of financial markets and is familiar with the changing regulatory landscape that obliges banks and organisations to adapt.

Adam has lectured on the implications of the Fair & Effective Markets Review (FEMR) and the Markets in Financial Instruments Directive (MiFid and MiFid II).

Adam was Counsel to the Inquest touching the death of Ellie May Butler.  Ellie was just 6 years old when she was murdered by her father. Both of Ellie’s parents were convicted of various criminal offences at the Central Criminal Court. The father was convicted of Ellie’s murder and of child cruelty; the mother of perverting the course of justice and child cruelty. The inquest was an Article 2 inquest and sought to establish how, and in what circumstances, Ellie came to die. The inquest was presided over by Dame Linda Dobbs DBE.

Adam is well versed in dealing with cross-jurisdictional issues and litigation that spans multiple countries. He has drafted ‘Letters of Request’ and conducted multiple cases that have raised jurisdictional law. Adam has appeared in extradition cases (at first instance and on appeal) and successfully resisted extradition requests.

Adam is currently engaged in drafting submissions for the International Criminal Court on behalf of the Rohingya deportations.