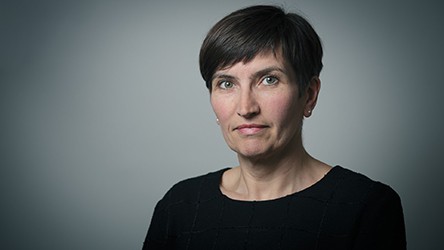 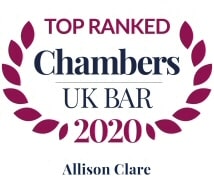 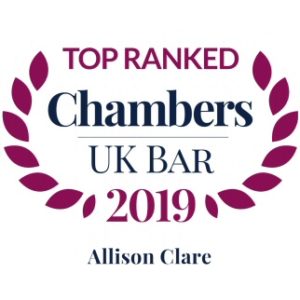 "She has a first-class mind and a lot of experience."

"Brings a degree of clarity and circumspection to a case and is really able to sense-test what you do. If a matter goes to trial her technical ability is second to none, and she is excellent for those who want to properly challenge on an evidential basis."

"She has an incisive mind and authoritative approach to cases."

"Has a very strong claim to be simply the best junior fraud lawyer in the market. She has an extraordinary eye for detail and an immense work ethic."

“Has a very strong claim to be simply the best junior fraud lawyer in the market. She has an extraordinary eye for detail and an immense work ethic.” Chambers UK 2018

Allison specialises in complex fraud and corruption work, both acting in criminal cases and advising major corporate clients. She graduated from Oxford University with a BA in Law and a post graduate Bachelor of Civil Law.

Allison has considerable knowledge and experience of corporate criminal liability and deferred prosecution agreements. She has expertise in complex market frauds, international corruption and legal professional privilege issues. She has advised large corporates on fraud, corruption and general criminal law. Her work ethic, intellectual rigour and sound commercial judgment makes her well placed to represent both corporate entities and individuals in respect of all white collar crimes

Allison has specialised in fraud, corruption and corporate crime over the last 15 years. “She takes a sound commercial attitude”, taking into consideration business objectives and culture.

Allison’s wealth of experience combined with her judgement on business and client personal needs makes for a dynamic barrister, well placed to represent on all white collar crimes.