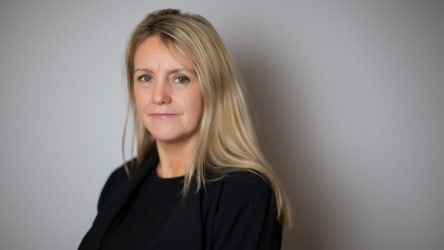 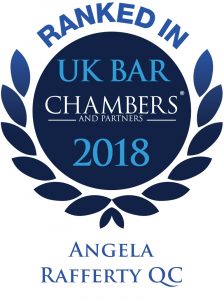 "She would be my first choice for the most serious stuff. "
Chambers UK 2017

Angela has appeared in many of the most high profile, sensitive and complex cases nationwide.

She has been described as ‘one of the most formidable advocates seen in recent times’ and ‘outstanding’ by those she works with.

Angela undertakes cases of the utmost sensitivity and gravity and subsequently was appointed as a Recorder at 39. She is currently Chair of the Criminal Bar Association.

She has many years’ experience in cases involving young witnesses, the mentally and physically disabled, Autism and Asperger’s syndrome, addictions and cases involving those who are seriously traumatised.  She has particular skills in working with vulnerable women from all backgrounds who appear as defendants and witnesses in serious cases.  She has a deep commitment to, and long standing expertise in such cases.

Angela regularly gives lectures and seminars in all areas of criminal practice and procedure.

Represented Maxine Carr in the Soham murder case early in her career. Has continued to appear in cases of the utmost gravity since. Has regularly defended and prosecuted in cases involving multiple homicide and the killing of children.

Appeared for Maxine Carr in the Soham Murders in 2003 and thereafter instructed in numerous major cases involving multiple homicides.

What the Directories Say

Chair of the Criminal Bar Association 2017

Management committee of the Advocates Gateway