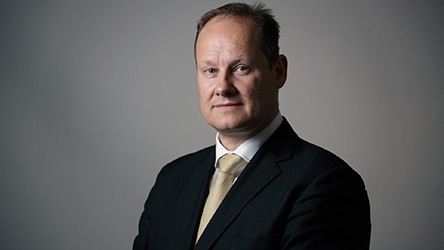 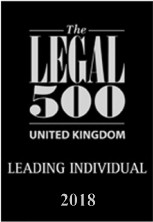 "A dedicated and impassioned criminal defence advocate. He has always displayed a very analytical and quick thinking mind, with brilliantly tailored advice. One of his best strengths is also the immediate and impactful presence with the client."

"He has an excellent grasp of forensics issues and trial tactics."

"Approachable but impressive, he commands the attention of any room"

“A dedicated and impassioned criminal defence advocate. He has always displayed a very analytical and quick thinking mind, with brilliantly tailored advice. One of his best strengths is also the immediate and impactful presence with the client” – Legal 500 (2020-21)

David Malone is currently on a sabbatical from Red Lion Chambers. He intends to return to independent practice in September 2021. Until then he will be acting as a Deputy Chief Crown Prosecutor (‘DCCP’) and a Deputy Head of Division for the Specialist Fraud Division (‘SFD’), during a secondment with the Crown Prosecution Service (‘CPS’).

The profile below relates to David’s practice at the independent Bar:

He is an established leading barrister who provides advice and representation in high-profile and demanding cases across a wide-range of legal disciplines. He can be most frequently seen acting in serious criminal cases before the Crown Court and in the Court of Appeal.

David is accustomed to conducting cases in the full-glare of the media spotlight.

He originally trained as a biochemist and is well-equipped to deal with complex expert and scientific evidence.

David will act on a pro bono basis in appropriate cases where there are no other reasonable sources of funding. He has been commended by the Bar Council for his pro bono work.

David specialises in criminal advocacy, both defending and prosecuting cases at the same high level.

He is a Grade 4 criminal advocate (the highest CPS grade) and is approved to prosecute as an advocate the following specialist cases: terrorism, serious and organised crime, rape and child sexual abuse and fraud.

In criminal cases he is often instructed pre-charge by both the prosecution and defence to provide advice.

David has been appointed directly by the Crown Court, because of his expertise and experience, to cross-examine complainants and witnesses on behalf of unrepresented defendants in very serious and sensitive cases, where they are prevented from cross-examining such witnesses themselves. This has included cases of attempted murder and rape.

David has also prosecuted allegations of criminal misconduct following a death in custody.

His scientific training and expertise have proved invaluable in handling expert and scientific evidence. He also has the training and experience to deal with children and young people, vulnerable clients and witnesses (including those with mental health issues) and the various psychiatric defences.

David has comprehensive experience of prosecuting and defending in cases dealing with organised crime, criminal networks and conspiracies. He is skilled at handling and presenting voluminous phone, internet, social media and cell-site data.

He has been instructed in numerous cases concerning allegations of violent crime, such as serious assaults, aggravated burglary and robbery, which have involved all manner of weapons and defences, including the possession and use of firearms with intent to endanger life.

David’s experience and expertise has been recognised by the CPS in this area of criminal law. They have appointed him to the CPS Panel to prosecute cases of terrorism and serious organised crime at Grade 4 (the highest grade).

David has prosecuted and defended in a myriad of rape and child sexual abuse cases, including historic allegations and human trafficking cases.

He has also acted in appeal cases on behalf of women who have been convicted of perverting the course of justice and perjury for making false allegations of rape.

David has been appointed to the CPS Panel to prosecute cases of rape and child sexual abuse at Grade 4 (the highest grade). Indeed, his excellence in this area of criminal law has been recognised since 2005 when he was first appointed to prosecute such serious offences.

He has been instructed by the Centre for Women’s Justice to act on their cases and as an advisor on their Legal Reference Panel. He has worked closely with the charity Women Against Rape on several individual cases.

David has been involved in a large number of fraud, corporate crime, money laundering and POCA cases, ranging from simple frauds to the most serious, specialist and complex cases, and in value from thousands to tens of millions of pounds.

David is an advocate on both the SFO Prosecution and the CPS Fraud Panels.

His experience and expertise are amply demonstrated by his public appointment, during a sabbatical from Chambers, as a DCCP and a Deputy Head of Division for the CPS Specialist Fraud Division, where he has a responsibility to oversee the successful prosecution of some of the most serious and complex fraud, money laundering, bribery and corruption cases in the country.

David has acted in a multiplicity of protest and public order cases involving serious and complex issues of human rights and civil liberties, including allegations of aggravated trespass by protest groups, serious violence against property and people during protests, illegal raves and large-scale prison disorder.

He has advised a specialist police team at New Scotland Yard on the law and procedure relating to protest and public order and the policing of demonstrations. He has also advised a police service on Production Orders for video footage from television/media companies and freelance journalists following a major public order incident in their policing area.

David has a niche expertise in dealing with allegations of causing death by dangerous and careless driving and is instructed by solicitors acting on behalf of insurance companies in such cases. He has similarly been instructed by the CPS to prosecute particularly sensitive and high-profile road traffic cases.

Other Specialisms and Judicial Review

David accepts instructions from those involved in professional disciplinary proceedings. He has appeared before the teacher’s disciplinary tribunal and he has advised doctors accused of misconduct. He is also a specialist in police law and procedure.

He has provided advice and representation to prisoners and those serving life or other sentences for grave crimes. His practice covers prison adjudications, Parole Board hearings (licence recalls and lifer reviews) and judicial review proceedings. He can provide advice on all aspects of prison life and conditions. He is a former Member of the Independent Monitoring Board at HMP Brixton.

David has appeared for clients in connection with a variety of local authority licensing applications. He is a former elected local councillor, stepping down after 4 years at the subsequent election to become a Head of Chambers, with training and experience of sitting on a local authority Licensing Committee.

He has acted in judicial review proceedings before the High Court.

Publications
David contributes to both local and national broadcast and print media. For example:
Recommendations

* Paused during sabbatical with the CPS

Special mention by the Bar Council for pro bono work (2014)