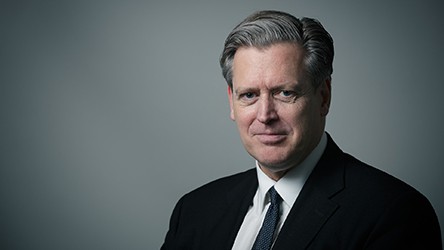 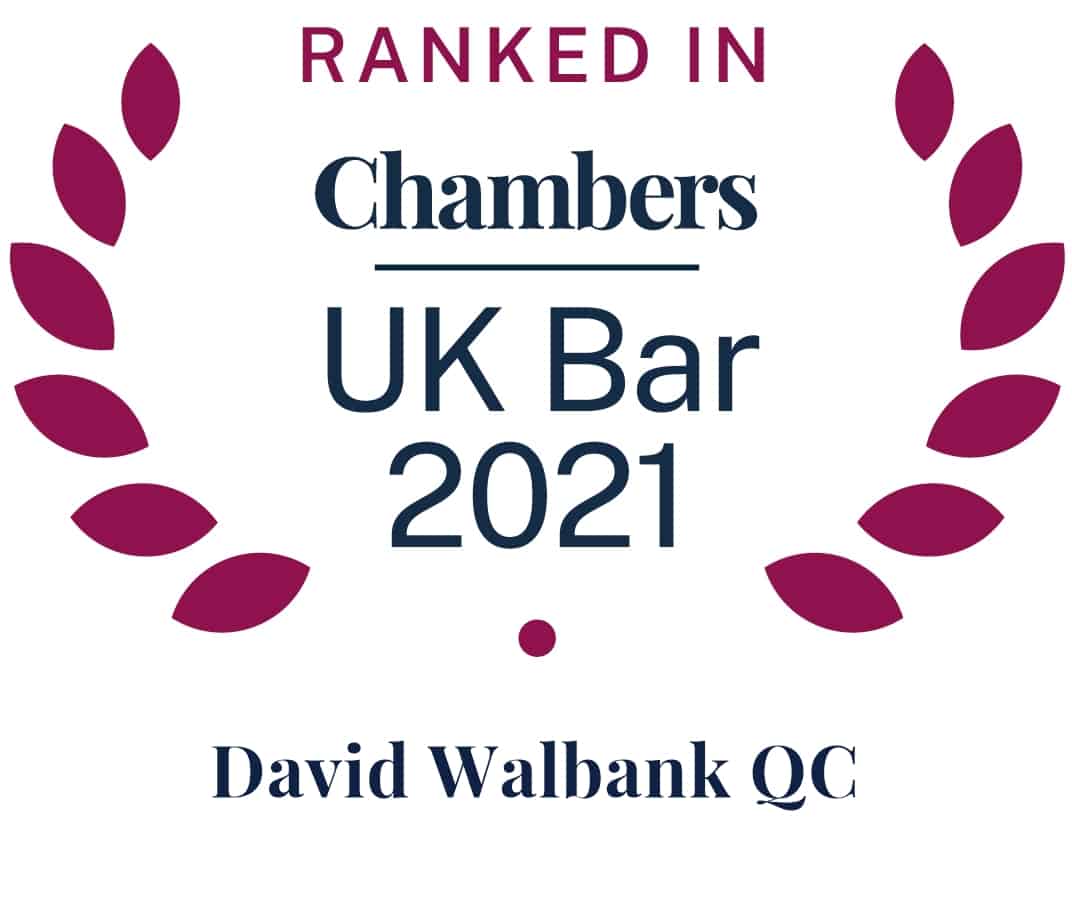 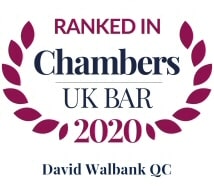 "In court he is utterly dogged, and will pursue any point he feels will assist his case, especially in cross-examination. He takes no prisoners and, if you are in a case against him, prepare to be battered, bruised and charmed by the end of it."

"A fierce advocate and someone who is not afraid to take on difficult cases - he's someone you want in your corner."

"He's very smooth, has a lovely way of dealing with tricky clients and deals with everything beautifully."

"Fantastic and a fine advocate. He is always better prepared than anyone in the courtroom and he puts in an astounding amount of hours."

"A combination of charm and steel."

According to the Legal 500 2019, David Walbank QC is “An advocate of exceptional ability… he possesses a first-class legal mind … his command of the court room is nothing short of awe-inspiring… he is intelligent, articulate and fearless… he goes above and beyond the call of duty … his integrity, work ethic and intelligence are a sight to behold… David Walbank QC is outstanding in fraud matters… he is highly recommended for serious fraud cases… A combination of charm and steel”.

Chambers & Partners 2019 says that David is “A very tenacious and bold advocate who is extremely hard-working and a brilliant cross-examiner … He fights his client’s corner with absolute vigour… He is highly proficient in complex tax fraud and money laundering cases”.

David has recently launched ‘CrimeCast.Law’, a criminal law updating website with daily video case reviews of recent caselaw and legislation. The final video in the series entitled ‘The Top 50 Cases of 2019’ was recently uploaded and the next series, ‘The Top 50 Cases of 2020’, is almost complete. For free and instant access to the first 100 videos, visit [CrimeCast Law]

Having historically had conduct of many of the most serious and sensitive cases for the major fraud prosecution agencies (including as former Standing Counsel to the Revenue and Customs Prosecutions Office and to the Department for Business, Innovation and Skills), his work is now almost exclusively for front-rank fraud defence firms. David recently secured a Not Guilty verdict on behalf of the main defendant following a 3-month trial at Southwark, which was billed as ‘Big Oil On Trial’. His client had been the International Business Development Manager for F.H.Bertling Ltd, a global freight-forwarder, and was alleged to have been the architect of a conspiracy involving senior executives at Bertling and at Conoco Phillips, the US oil and gas giant; the conspiracy was said to have been sanctioned at board level and to have involved the payment of substantial sums to the Conoco official responsible for awarding the contract – routed via a company in the UAE: click here for the news item. In 2017, David appeared as leading counsel for one of the principal defendants in a 9-month trial before Mr Justice Edis at the Southwark Crown Court; Operation Amazon was one of the largest and most complex revenue fraud prosecutions ever to come before the courts.

David is an outstanding technical lawyer and a prolific speaker on topical issues of interest to criminal and regulatory practitioners and to other professionals in the financial and wealth management sector. Already this year, he has delivered lectures at major conferences in Interlaken and Paris and at King’s College London.

His technical legal knowledge is matched by his natural abilities as an advocate. As a student, he was President of the Cambridge Union Society.

In his early years in practice, at the chambers of George Carman QC, David’s work was predominantly in the civil jurisdiction and he appeared regularly in the High Court. However, since the mid-1990s, he has specialised in the fields of financial fraud and its allied disciplines, including:

David is briefed by a number of the top white collar fraud defence firms. Recent instructions have included the following:

David’s expertise in organised crime cases is founded on many years immersed in the prosecution of the most sensitive of multi-handed intelligence-led prosecutions. He has in recent years developed an exclusively defence practice in this field. Recent instructions have included:

David has developed a particular expertise in confiscation proceedings and is equally at home with contested and complex factual issues or with the more arcane points of law and procedure. He acted as ‘moderator’ at several of the CBA’s training sessions for barristers on the Proceeds of Crime Act 2002 and has over a period of many years delivered numerous lectures on both confiscation proceedings and restraint proceedings to both defence solicitors and prosecutors. His reported cases in this field have included:

David regularly acts in regulatory proceedings. His particular expertise in this field was recognised by his appointment from 2013 to 2017 as Standing Counsel to the Department of Business, Innovation and Skills (BIS). As well as his work for BIS, he has acted in proceedings brought by the Medicines and Healthcare products Regulatory Authority and has in recent years been instructed in some of the highest profile prosecutions arising from environmental accidents, with a particular focus on breaches by the major utilities companies. Instructions have included:

Whilst the majority of his work in recent years has been in the criminal courts, he has also historically had significant experience in the conduct of civil fraud litigation both in this jurisdiction and abroad. He has conducted a number of substantial cases in the High Court. Examples of the range of work undertaken in this field between 1995-2017 include:

Apart from lecturing extensively outside chambers (listed at the bottom), David has also instigated a series of lectures, The Red Lion Lectures 2019 with Kings college London, hosted at their Bush House Campus.

July 2019
“REVIEW OF THE YEAR IN BUSINESS CRIME”
by David Walbank QC of Red Lion Chambers and John Binns, a partner at BCL Solicitors LLP

May 2019
“UNCLE SAM’S BACKYARD?”
The SFO and the Quiet Americanization of English Justice
by Ed Vickers QC of Red Lion Chambers and Daniel Cundy, Partner at Blackfords. Moderated by David Walbank QC.

David’s recent lectures and seminars outside of The Red Lion Lecture series, have also included:

Standing Counsel to the Revenue and Customs Prosecutions Office (2005 – 2010)

Standing Counsel to the Department for Business, Innovation and Skills (2013 – 2017)

Regulatory List ‘A’ for the Health & Safety Executive, Office of Rail Regulation and Environment Agency