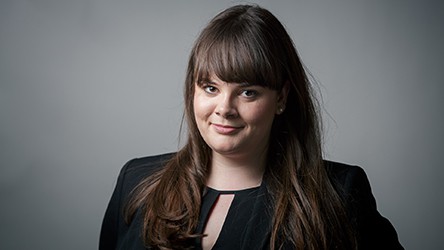 Genevieve is a tenacious barrister with excellent advocacy skills. She appears in the Crown Court and Court of Appeal, as a led junior and junior alone, on a range of serious and complex criminal matters, including: large scale fraud cases, large scale drug supply and importation, human trafficking, serious sexual offences and serious violence, particularly cases involving gang violence.

Genevieve has built up a particularly strong practice in fraud, serious organised crime and sexual offences. She also has particular expertise in representing individuals charged with allegations arising in the workplace, including sexual offences, perverting the course of justice and misconduct in a public office, on behalf of teachers, prison officers, police officers and those working in the financial industry.

She has advised on international cases involving parallel importing, cross-border issues, extradition, and MLA requests. She has also worked on cross-jurisdictional investigations with the U.S. Securities and Exchange Commission and the U.S. Department of Justice.

She has advised and appeared for companies in relation to restraint orders, production orders, search warrants, and cash seizure and forfeiture.

Genevieve understands the need for first rate client care having gained valuable experience working at leading criminal law firms Hickman and Rose and Irwin Mitchell prior to coming to the Bar.

Genevieve prosecutes and defends across the full range of criminal offences, from serious sexual offences and violence, to misconduct in public office and perverting the course of justice.

Genevieve is highly experienced in defending in cases across the full spectrum of sexual offences. Genevieve provides advice at pre-charge stage through to trial, and has experience in relation to a number of high profile cases involving historical sexual allegations and vulnerable complainants:

Genevieve has considerable experience prosecuting and defending allegations of violence. Whilst at Hickman and Rose she worked on a number of homicides and gained experience of non-accidental head injuries in children. She also assisted on a number of joint enterprise murders which were tried at the Central Criminal Court.

She has also defended in the magistrates’ court in respect of cash seizure, detention and forfeiture and in the Crown Court in confiscation proceedings.

Genevieve has a lot of experience in defending in various civil and criminal cases arising out of the Dangerous Dogs Act 1991.

Genevieve has a lot of experience defending in various civil and criminal cases arising out of the Dangerous Dogs Act 1991.

Genevieve has substantial experience of prosecuting and defending on cases involving fraud, corruption and corporate crime as a led junior and junior alone.
Genevieve has dealt with various fraud cases including conspiracy to cheat the revenue, large scale benefit fraud, insider dealing, conspiracy to defraud including “boiler room” frauds, frauds committed against HMRC and immigration fraud. She was seconded to Peters and Peters in 2016 and worked on a high profile SFO investigation involving several Barclays employees who were ultimately charged with conspiracy to commit fraud. She also advised and dealt with numerous cases involving money laundering and corruption arising out of crypto currency fraud.

Prior to joining the Bar, Genevieve worked on large scale fraud cases including a £5m pension fraud and what was, at the time, the biggest insider dealing case prosecuted by the FCA.

Genevieve understands the importance of early investigative advice and continuity from pre-charge through to trial in complex and serious cases; working collaboratively from an early stage to drive and lead cases through to their conclusion.

Genevieve has a growing regulatory practice and has been instructed to prosecute and defend individuals facing a variety of regulatory offences that include environmental health offences, fire safety and licensing.