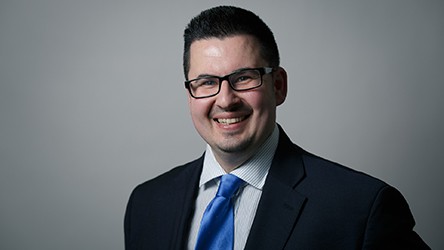 James is a criminal defence practitioner, a specialist at defending highly complex financial prosecutions and allegations of serious violent crime.   James is able to master complex and voluminous materials quickly and efficiently and adopts a client-focused approach to all cases.  He is a tenacious advocate and skilled legal draftsman, diligent, and approachable but fierce and uncompromising in the defence of his clients’ interests in court.

James is experienced, both as sole counsel and led junior, in defending allegations of large-scale fraud, money laundering and other financial crime. James has a rigorous and intellectual approach to cases and is frequently instructed on behalf of defendants who find themselves first on the indictment in relation to highly complex allegations.

James regularly acts for clients charged with murder and frequently represents those whose cases require a significant level of preparation. James is very conscious of the need to marry hard work and tenacity with good client care.

James accepts instructions in relation to all offences of violence and frequently deals with serious allegations the defence of which requires the skilful cross-examination of difficult witnesses.  James is meticulous in his preparation of arguments to be advanced before judges and assertive in his presentation of those arguments.