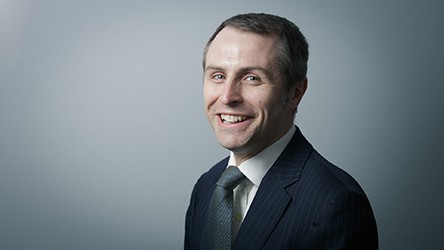 Jamie has extensive general crime experience, regularly appearing in courts, defending and prosecuting throughout Essex, Suffolk and Norfolk. His practice principally covers fraud, sexual offences, organised crime, violent crime, homicide and road traffic offences. He acted as disclosure counsel in R v Steve Wright – the Suffolk resident accused (and successfully convicted) of murdering five prostitutes in the Ipswich area.  His experience in the case has been followed by numerous instructions in this particular field.

Jamie has undertaken several cases which involve a “cross-over” between civil work and criminal work, and disclosure between the two spheres.

He continues to conduct cases both alone and as lead junior, often being required to handle complex disclosure and case management issues.

Jamie has extensive general crime experience, covering a wide range of offences and areas. He has expertise defending and prosecuting offences against the person in cases of fraud, sexual offences, organised crime and homicide.

Jamie has been instructed as junior counsel in relation to a number of large-scale murder enquiries. He has extensive experience of working with disclosure on such enquiries, having been disclosure counsel on the Steve Wright case.

Jamie regularly represents the Crown and defence in relation to all types of road traffic offending. These vary from minor road traffic infringements such as speeding offences, through to causing death by dangerous driving.

Jamie regularly works for local authorities throughout the Essex, Suffolk and Norfolk regions, and in particular has experience of working with Trading Standards departments. He is often called upon to handle large-scale prosecutions on behalf of these agencies, and liaises well with a variety of local government departments.

Jamie has extensive experience of working with Norfolk Trading Standards, and also been involved in several of their high-profile cases.