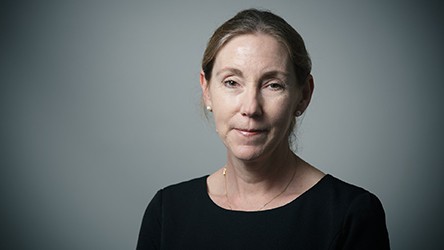 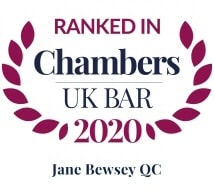 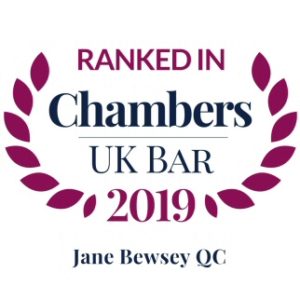 "She sets things out with absolute calm and clarity."

"Very fair in her approach. She's utterly persistent in cross-examination but able to step back and gain the confidence of the judge as well as the jury."

"Formidable yet personable, and a thorough cross-examiner."

Jane Bewsey principally prosecutes in serious and complex corporate fraud, money laundering and tax cases instructed by the CPS and the SFO (current prosecution panel member) appearing as lead advocate in the Crown Court and the Appellate courts. She is thoroughly familiar with all aspects of disclosure, public interest immunity and confiscation issues.

She is instructed in cases involving money laundering, tax evasion, corporate fraud, mortgage fraud, fraud targeting  the NHS and in cases arising from the collapse of companies including allegations of fraudulent trading, insolvency offences, and breaches of company law and in immigration fraud cases including issues relating to diplomatic immunity

Additionally, she has been instructed in cases arising from the collapse of companies including allegations of fraudulent trading, insolvency offences and breaches of company law.

Jane Bewsey has extensive experience of prosecuting offences under the Proceeds of Crime regime. She was instructed in one of the first prosecutions for money laundering offences where no predicate offence was charged: R v El-Kurd (2001) Crim L.R.234. and was Special Advisor to the Home Affairs Select Committee on Proceeds of Crime.

She is familiar with the confiscation regime under POCA and has been instructed to act in POCA cases in the Crown Court, the High Court and the Court of Appeal.

Between 2006 and 2009, she was instructed in relation to a series of linked cases arising from an intelligence led Serious Organised Crime investigation and a joint investigatory initiative with Holland:

The Law of Investor Protection (Sweet & Maxwell) (2003): co-author with Jonathan Fisher QC and others.