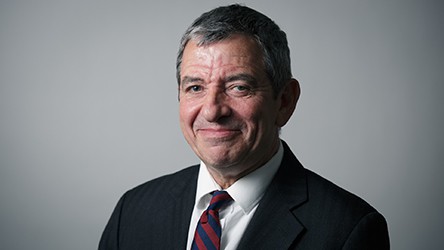 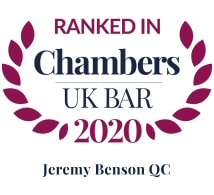 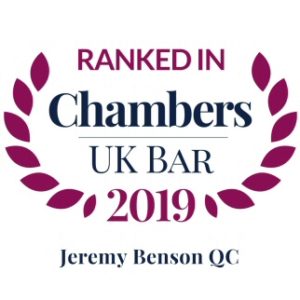 "A very pragmatic and measured approach. A refreshing willingness to collaborate with the instructing solicitor on strategy. A genuine desire to assist and is incredibly approachable and available! In court able to offer succinct and clear arguments with gravitas."

"His enthusiasm and work ethic are commendable. He is straightforward and takes no prisoners."
Chambers UK 2021
"He has the gravitas one would expect of a senior silk."

"His experience and knowledge make him an exceptional advocate."

"His judgement on case strategy is excellent and his advice is prompt and sensible."

Jeremy is an accomplished silk with over thirty years’ experience both prosecuting and defending in fact heavy, complex cases of considerable importance.

He is instructed in serious crimes at the highest level including sexual offences, murder, organised crime and financial crime.  Jeremy has been ranked in the directories every year since 2001 in both crime and fraud and more recently in tax: corporate and vat.  Jeremy is frequently called upon to teach various advocacy courses worldwide, including the American Bar Association advocacy course in Florida, the Keble College Annual Advocacy Course and the teacher trainer advocacy course at Middle Temple.  He is a tutor Judge at the Judicial College.

Jeremy has more than just an in-depth knowledge of the relevant law and an ability swiftly to assimilate complex and extensive material. He provides a tactical perspective that ensures a trial is run with an eye on all the potential legal, factual, evidential and procedural advantages which can be deployed for his clients.

Jeremy is frequently briefed in complex murder trials often involving complicated scientific, psychiatric or medical evidence. He is familiar with the processes, procedures and approaches required for expert evidence, and is adept at witness handling and being appropriately sensitive to the issues and personalities involved.

Some examples of his notable cases are as follows:

Throughout his career Jeremy has been instructed in many cases that involve sexual allegations, and for over ten years, he has sat as a Recorder, trying rape cases and other serious sexual offences.

Jeremy regularly appears on behalf of HMRC in both the first-tier and the upper tribunal (tax chamber) and the Court of Appeal Civil Division and advises on evidential matters of general application in VAT fraud cases.  He is therefore adept at understanding complex fiscal operations and actions within a commercial context.

Jeremy regularly acts in and advises on Judicial Reviews