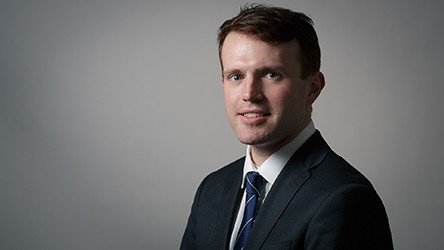 Matthew is a robust and persuasive advocate, who brings a forensic approach to cases. His skill, tactical acumen and judgement have helped him develop a successful and diverse practice. He has significant experience in representing vulnerable clients and handling vulnerable witnesses.

Matthew defends and is also regularly instructed to represent the Crown Prosecution Service. He is on the CPS Advocate Panel (General Crime) at Level 3 and the CPS Specialist Fraud Panel at Level 3.

Matthew is regularly instructed to prosecute and defend in cases of fraud and financial crime.

Matthew is increasingly being instructed in cases involving organised crime, and is instructed by the CPS’s Complex Casework Unit

Matthew has substantial experience of both defending and prosecuting cases of violent crime and crime generally.

Matthew is increasingly being instructed in cases involving sexual offences:

Matthew is regularly instructed to defend and prosecute complex private road traffic matters. He has extensive experience in making and resisting special reasons arguments and making arguments for exceptional hardship.

Matthew has substantial experience in conducting confiscation proceedings on behalf of both prosecution and defence. He recently successfully prosecuted a complex confiscation application under the old Criminal Justice Act 1988 legislation.