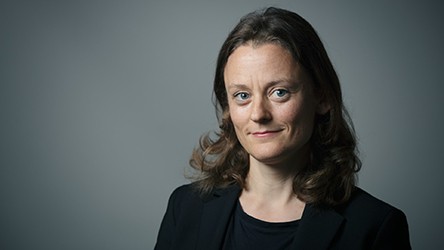 Naomi has been instructed in cases with an international dimension.  She is fluent in Russian and Spanish and has taken instructions in both languages.

Naomi defends and prosecutes in the Crown Court. She has particular experience in complex financial crime and terrorism.

She has maintained a broad criminal practice, both prosecuting and defending criminal offences across the spectrum, including drug conspiracies, organised crime and serious violence.

Naomi is regularly instructed to prosecute and defend in cases of complex fraud and money laundering. She was a led junior in the high-profile prosecution of the immigration fraud uncovered by the BBC Panorama (the ‘Tier 4 student visa scandal’), in which she also appeared in related judicial review proceedings.

Naomi represents the Department for Business, Energy and Strategy (BEIS) in insolvency offences. She also appears for the Department in the Companies Court in petitions to wind up companies in the public interest.

Naomi has experience in prosecuting terrorism cases, both as sole counsel and a led junior. She has prosecuted offences under the terrorism legislation, and understands well the particular demands involved in preparing and conducting terrorism trials.

Naomi regularly appears before professional disciplinary and medical regulatory panels. She accepts instructions from both professionals and regulatory bodies, particularly in the education and healthcare sectors. She has experience of all forms of Interim Order and Fitness to Practise proceedings involving issues of performance, health and misconduct. The cases frequently require cross-examination of vulnerable witnesses in respect of sensitive subject matters.

In 2014, Naomi was appointed to the Attorney General’s Civil Panel (C List) and undertakes a wide variety of work on behalf of the government, including judicial review, civil claims and inquests. She has advised and represented a number of government departments, including the Home Office, Foreign and Commonwealth Office, Ministry of Defence and Ministry of Justice.

Since 2014, Naomi has acted regularly on behalf of the government in national security-related civil litigation, and in particular in cases involving national security deportations and exclusions, terrorism prevention and investigation measures, and claims for damages arising out of British Military involvement in Iraq. Naomi is familiar with ‘closed’ proceedings.

Naomi regularly appears in the Administrative Court in judicial review proceedings in matters of immigration and unlawful detention. She has particular expertise in the ‘ETS’ litigation, having been involved with judicial review of ETS cases, and successfully prosecuted Tier 4 visa fraud offenders.

XYZ v Ministry of Defence (2016 to present) Naomi is currently acting for the MoD in respect of claims of torture by Iraqi civilians.

Naomi has experience of appearing in inquests including those in which Article 2 is engaged. She also has extensive inquiry experience, having been involved with the Al-Sweady Inquiry for both the investigation and evidential stages. The Inquiry explored alleged torture by British soldiers against Iraqi civilians in 2004.