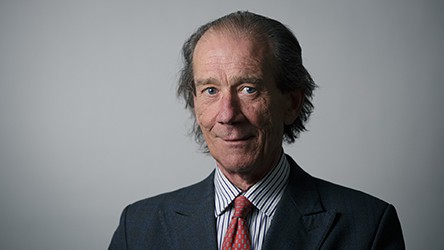 Robert Woodcock QC has nearly 40 years of criminal law experience. He is an expert within his field and has considerable experience both defending and prosecuting organised crime, sexual offences, homicide, fraud, regulatory law and police disciplinary action.

He is able to say that he has been led for the defence and the crown by some of the finest Leaders in the land and believes that a wealth of prosecuting makes him a better defender as defending makes him a stronger prosecutor. He is an outstanding cross-examiner, persuasive advocate and skilled tactician.

Robert Woodcock has been practising criminal law all his professional life. He believes strongly that so complex is the legislation and so furious the rate of change that only specialist criminal advocates have a chance of offering the service required.

He has for many years prosecuted and defended cases of the utmost seriousness and, sometimes, sensitivity. He has considerable experience in cases involving allegations of sexual abuse by perpetrators of all ages and on victims of all ages and both sexes. Prior to taking Silk he led for the Crown in numerous homicide prosecutions and conducted them alone. Since taking Silk he has also led for the defence in numerous large-scale drug conspiracies, homicides, child sexual exploitation cases and cases involving allegations of corruption. Fraud cases are also handled by him.

Robert has undertaken the full range of violent offences against the person, but has particular experience in the difficult field of violence against young children and infants.

Work in the field of sexual offences has often involved extended families, historic allegations and complex interrelationships between several parties.

As well as homicides occurring within organised criminal contexts, Robert has appeared in numerous cases arising from the main criminal activity, in particular drug trafficking