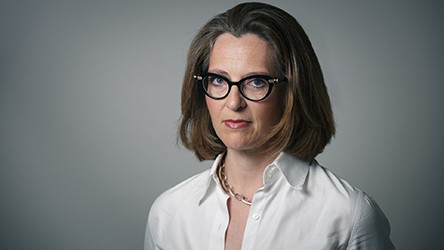 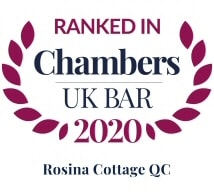 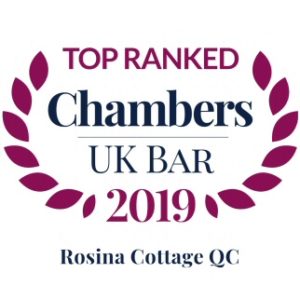 "She is fair, she presents well and she's able to deal with complex arguments."

"A very, very good barrister with a fine mind, who is very approachable and very well prepared."

"She is a class act" who "sees the issues immediately and commands respect in any courtroom. No one messes around in her presence."

"She has incredible authority and gravitas in the courtroom, and inspires great confidence."

Rosina is a highly respected Silk whose reputation for excellence has led to her instruction in high profile cases. Her practice involves heavy-weight prosecution and defence of multi-handed cases of serious sexual offences, murder and fraud many of which are in the public eye. An ‘excellent’ practitioner and vastly experienced prosecution and defence counsel who is “meticulous” in her handling of the full spectrum of violent and sexual offences cases.

Well known for her work in cases involving vulnerable defendants or witnesses, she applies skill and care when representing and cross-examining those with a learning impairment, those on the autistic spectrum, and those diagnosed with mental health problems. Rosina also demonstrates expertise in respect of the cross-examination and instruction of experts in pathology, psychology and psychiatry.

Rosina is a true expert within her field with extensive knowledge of law and practice and a calm and measured approach when presenting arguments. She received, nothing but praise in her dealing with the high profile Max Clifford case and soon after featured as The Times Lawyer of the Week. Her work in the case of Aravindan Balakrishnan was skilful and professional.

Rosina is a member of the Sentencing Council and is called upon by the media to comment or provide expert advice on matters of serious sexual offences, murder and fraud, Rosina also teaches and lectures on advocacy in respect of vulnerable witnesses and is a Lead Facilitator trainer for legal professionals in cross-examination of vulnerable witnesses.

“Crime Silk of the year” 2017, Rosina has excellent communication skills and a pragmatic, professional and thorough approach.

Rosina has a strong profile in prosecution and defence. She pays a close attention to detail, provides clear presentation of all the essential issues of a case and combines her strong tactical approach with her detailed understanding of the law.

She has a quality practice in cases which demand strong advocacy skills with an ability to deal with complex forensic evidence and a deserved reputation for her skill in dealing with both defendants and witnesses of the utmost vulnerability.

Association of Lawyers for Children

Member of the Sentencing Council July 2016