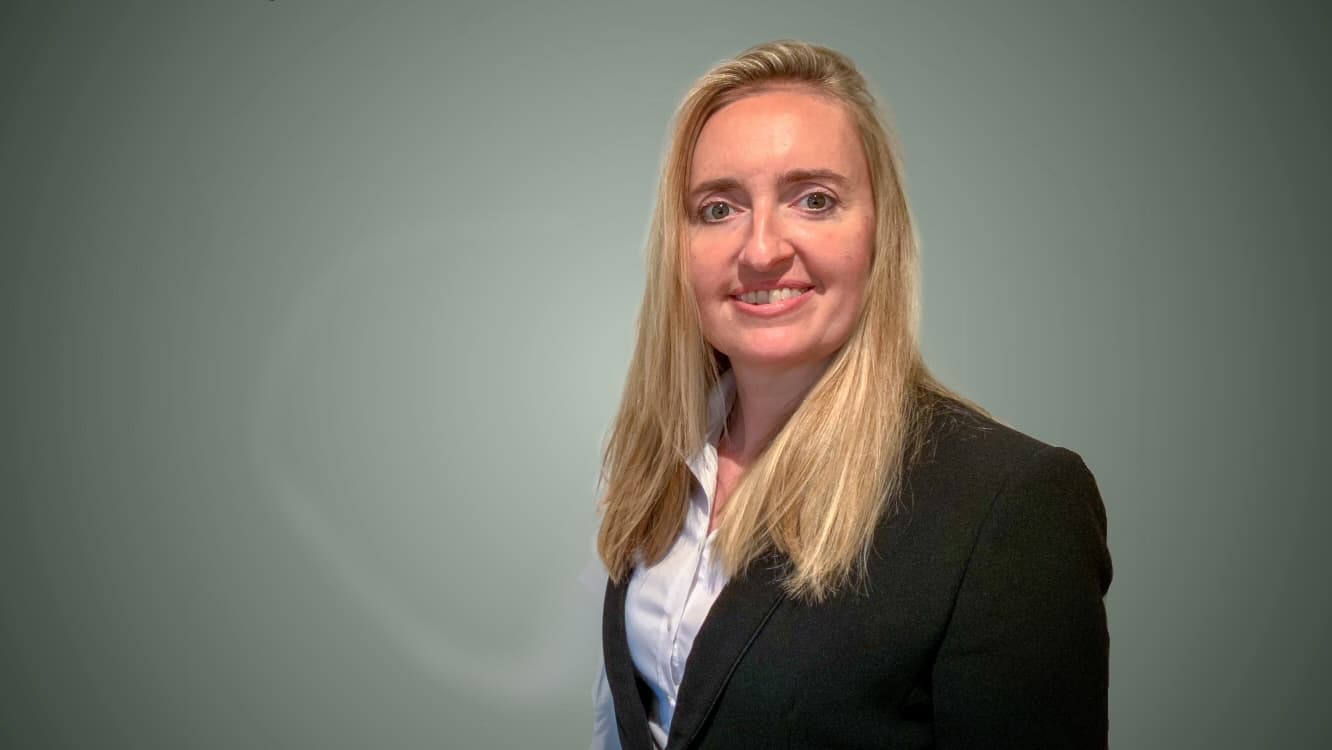 Email
"She is clever, hardworking, and has excellent judgement. She also gets on well with clients, opponents, and judges."

Serena Gates is a skilled and respected advocate with a sharp mind and broad range of both national and international experience. Her criminal practice, both prosecuting and defending,  focuses on serious and organised crime, drugs conspiracies, fraud, serious sexual offences and terrorism. She is also frequently instructed in regulatory cases, particularly those relating to proceedings brought on behalf of the GDC.

Serena also has extensive experience advising, training and mentoring prosecutors in foreign jurisdictions in the prosecution of terrorism offences.  She is also well versed in investigating, documenting and analysing evidence relating to war crimes and human rights abuses by both terrorist organisation and Government forces and their affiliates.

Serena is a Grade 4 advocate on the General CPS panel and a Garde 4 on the specialist panels for Fraud, Organised Crime, Counter-terrorism, Rape and Serious Sexual Offences. She has also been instructed in numerous Courts Martials.

Serena has particular experience in a number of specialist areas including:

Crime
Serena prosecutes and defends across a broad range of complex criminal cases including fraud, county lines drugs conspiracies and human trafficking, serious sexual offences and terrorism. Many of the cases in which Serena has been instructed have multi jurisdictional aspects to them. She is well versed in the presentation of complex cases as well as sensitive disclosure matters and dealing with vulnerable defendants and witnesses.
Organised CrimeFraudSexual Offences
Terrorism
Serena has undertaken extensive work for the FCO and other HMG departments in relation to capacity building within the rule of law sphere of counter terrorism networks abroad. Her experience working in the Middle East and South Asia, both for the United Nations and previously the UK military in Afghanistan provides her with an in depth insight into understanding foreign terror networks.

In the UK she is a Grade 4 on the CPS specialist panel for Counter Terrorism.

Court Martial
Serena has represented soldiers of varying ranks accused of a variety of offences ranging from sexual assault to attempted murder. Her previous military experience gives her a strong advantage in understanding both the workings of the military and the client’s perspective during proceedings.

Serena is a Senior Civilian Expert for the UK Stabilisation Unit, a cross HMG unit based in the UK Foreign and Commonwealth Office but conducting work for a range of Government departments including the NCA and HO. In this role she has frequently provided advice and technical expertise in developing and assessing security and justice capacity building programmes around the world.

She has also undertaken projects on behalf of the Home Office to assess the threat to UK interests from Serious and Organised Crime and UK policy responses to the same relating to different regions around the world including South Asia and the Caribbean.

Serena is also a member of the Justice Rapid Response/ UN Women roster of experts for investigating war crimes and human rights abuses with a focus on sexual and gender based violence. Shas advised Ugandan prosecutors on the preparation and prosecution of historic war crimes before a specialist domestic tribunal, conducted in parallel to proceedings at the International Criminal Court.

Between 2016 and 2018, Serena worked for the United Nations Syrian Commission of Inquiry. Her role included conducting field investigations into war crimes and human rights violations committed by all parties to the conflict, including ISIS. She was responsible for compiling and analysing evidence and producing the first report of the Commission focusing on the use of sexual and gender based violence in the conflict, entitled ‘I lost my Dignity: Sexual and Gender Based Violence in the Syrian Arab Republic.’ (See link to Serena chairing UN launch: [FACEBOOK]

Serena is also recognised as an expert on sexual and gender based violence crimes by the UK Government which has appointed her as a member of its team of independent experts on preventing sexual violence in conflict (PSVI).

Serena has been asked to present on sexual and gender based violence at UN events in New York [PRESS REPORTS[UNWOMAN]] and at other international events such as the End SGBV Oslo event in May 2019.

Serena is also a member of the International Advisory Committee for the NGO, Legal Action Worldwide (LAW). (See web link to their work here. Her work on behalf of LAW has included training senior prosecutors in Sri Lanka in the prosecution of sexual violence under domestic and international criminal law.

This builds on other training and mentoring experience Serena has gained over the years including training Supreme Court Justice in Nigeria in the prosecution of terrorism cases and mentoring of the Afghan judiciary and terrorism prosecutors in Helmand Province on behalf of the UK FCO.

As the prospects for accountability for war crimes and human rights abuses before established international mechanisms become bleaker, so the legal community must become more innovative in its attempts to seek justice and/or reparation for survivors. As a consequence of her work looking at accountability in relation to Syrian atrocities, Serena was recently asked to present at a House of Lords panel event on Human Rights Violations in Xinjiang.

Professional Disciplinary
Serena has frequently been instructed by the General Dental Council to appear in cases before the PCC, and IOC. Serena is adept at getting to grips with complex expert reports and issues within a short time frame in order to cross-examine on complex and novel issues.

She is familiar with the law and practice of regulatory tribunals and happy to accept instructions from professionals and regulatory bodies alike.


Inquiries, Judicial review and civil work
Serena worked for the United Nations Syrian Commission of Inquiry between 2016 and 2018. Her role included conducting field investigations into war crimes and human rights violations committed by all parties to the conflict. She was responsible for compiling and analysing evidence and producing the first report of the Commission focusing on the use of sexual and gender based violence in the conflict, entitled ‘I lost my Dignity: Sexual and Gender Based Violence in the Syrian Arab Republic.’

Serena has advised in judicial review proceedings including cases involving the successful challenge of a refusal to implement a parole board recommendation for a prisoner serving a life sentence and cases relating to the re-categorisation of serving prisoners. Whilst working for the FCO as a criminal justice advisor in Afghanistan, Serena was also involved, from an HMG perspective, in judicial reviews brought against the UK Government challenging the transfer of UK captured prisoners to Afghan custody.

Serena’s wider experience working for UK Government departments and in foreign jurisdictions gives her a competitive edge when it comes to understanding the policy and practical workings of public bodies.

In wider civil work, Serena has advised in personal injury matters and has undertaken fast track trials in relation to industrial injuries.

Association of Regulatory and Disciplonary Lawyers 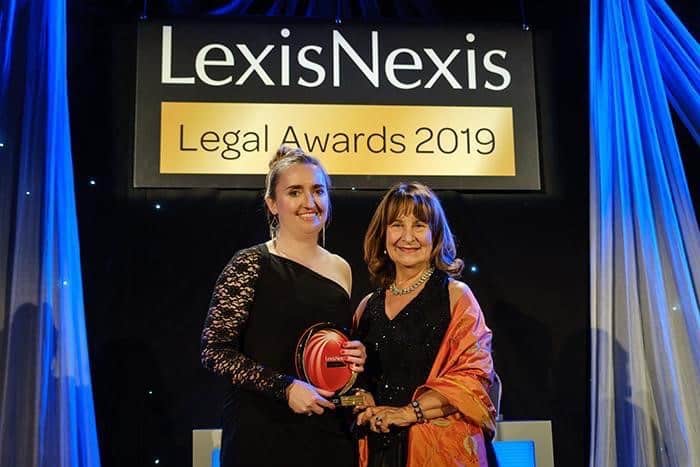 See more
Serena has extensive experience of training and mentoring in an international context having mentored prosecutors and the judiciary in Afghanistan, Supreme Court Justices in Nigeria and prosecutors in Sri Lanka and Uganda. Her in depth experience at the criminal bar in the UK, combined with her international experience makes her well qualified to deliver training and mentoring in an international context, navigating diplomatic sensitivities but ensuring results are delivered.
We use cookies to help us improve your experience when using our website. By continuing to use our website, we understand that you are happy for us to do this. OkPrivacy policy