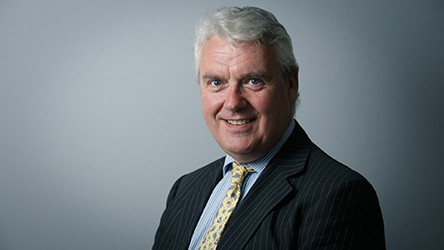 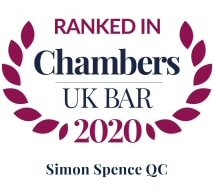 "A very strong advocate with great attention to detail."

Simon Spence QC undertakes an even mix of prosecuting and defending work across Suffolk, Essex, Norfolk and London. Before taking silk, he worked regularly as a leading junior and often led in high-profile cases. In 2008 he was the Prosecution junior in the successful prosecution of Steve Wright, the man accused of murdering five Ipswich prostitutes.

Simon has prosecuted and defended numerous murder and non-fatal violent offences in East Anglia for many years, as a junior and in silk. These cases include a number of very high profile and complex cases which have attracted national and international media attention.

Sensitive and difficult sexual offences were the mainstay of Simon’s practice throughout his career as a junior at the Bar, with a particular emphasis on child and vulnerable witnesses. This strand of his work has continued in silk. Significant cases include:

Since taking silk, he has experience in HSE, VOSA and Trading Standards cases, all of them successfully defended.

Simon has extensive experience of appellate work in all areas, including two appearances in the House of Lords and responding to a CCRC reference in a murder case 5 years after the original conviction.

Simon has sat as a Legal Assessor for the Royal College of Veterinary Surgeons on a number of cases.

Fellow of the Royal Society for Arts