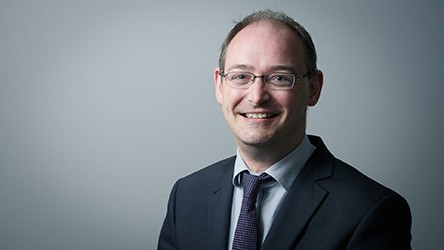 Stephen is a specialist criminal practitioner who both prosecutes and defends in serious crime. He lives in Essex and appears regularly in courts in East Anglia. He is often instructed to appear as leading counsel.

He has particular experience of the prosecution of identity theft. He was junior counsel for the prosecution in the trial and appeals in Odewale and others [2005] 2 Cr App R (S) 105 – a leading authority for the approach to sentencing in this area.

Stephen regularly instructed in cases of homicide on behalf of both the prosecution and the defence.

He has particular experience of allegations brought on a joint enterprise basis where a single weapon has been deployed in the course of the killing and in cases arising against a background of mental illness.

He is frequently instructed by the prosecution to conduct meetings with bereaved families on behalf of the CPS in connection with criminal proceedings.

Stephen is regularly instructed to prosecute and defend in sensitive cases of rape and the sexual and physical abuse of children and other vulnerable victims.  His advice is regularly sought pre-charge. He is experienced in the conduct of pre-trial witness interviews.

He is experienced in the management and deployment of social media evidence.

Stephen has prosecuted health and safety cases arising from local authority investigations. He has acted on behalf of local authorities in respect of noise and industrial smell prosecutions.

Stephen has been instructed on behalf of appellants and respondents in the Court of Appeal (Criminal Division).

Stephen has assisted in the training of investigators in connection with the use in court of social media evidence. He has delivered professional witness training to forensic psychiatrists approved under the Mental Health Act.