Red Lion Chambers hosted a special event celebrating 100 years of Women in Law with a distinguished panel of 10 speakers on Wednesday 20 November at Dechert in London.

The event which saw 140 guests in attendance across the legal sector was supported by the First 100 years campaign with a photo-exhibition and preview of new book "FIRST- 100 years of Women in Law".

2019 marks the Centenary since the Sex Disqualification Act was passed, paving the way for women to finally practise law. The significant milestone supported the rights of women to fulfil their potential and gain ownership over their lives and futures. Once the 1919 Act had passed, intelligent and inspirational women seized the opportunity which they had so long been denied, to qualify and practice in law.

“Our Centenary panel discussion event highlighted the importance of women’s contribution to law and the legal profession. We were delighted to hear from such an impressive and inspiring group of speakers and learn about their experiences and challenges in their choice of career.” 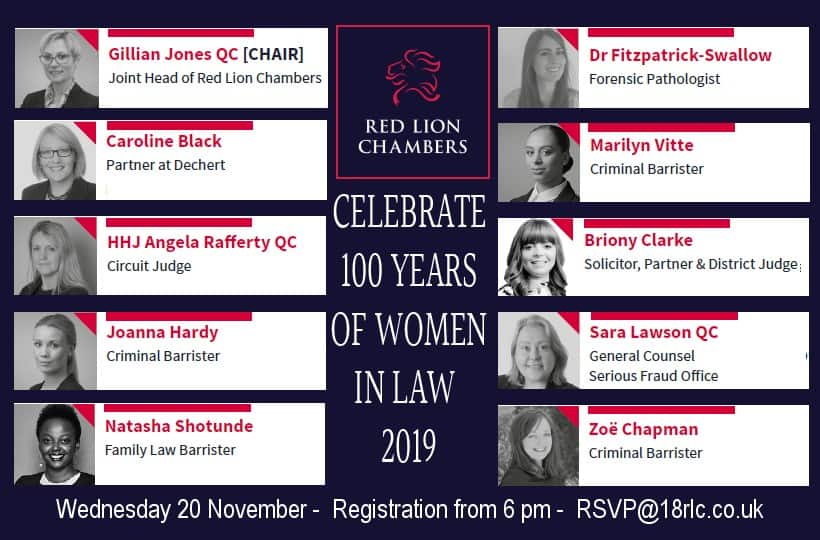