"A PERSPECTIVE FROM THE COURT OF APPEAL CRIMINAL DIVISION"

Regrettably, this lecture has been postponed due to strike action at King’s College London.
We are looking at new dates and will let you know when this Lecture and our other events in the series are confirmed.

Master Beldam, the Registrar of Criminal Appeals and
Master of the Crown Office

Alix was called to the Bar in 1981 by Inner Temple and became a Bencher of her Inn in 2019. She worked for the Court of Appeal Criminal Division for 25 years as a casework lawyer and then as a Senior Legal Manager and Deputy Registrar. She was appointed as Registrar of Criminal Appeals and Master of the Crown Office in 2019. She has spoken about the practice and procedure of the court at seminars and conferences and is co-author of the Court of Appeal Criminal Division: A Practitioner’s Guide. She is also a contributing editor to Archbold.

In association with The Dickson Poon School of Law, King’s College London 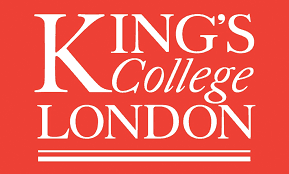 Last year the set launched a lecture series which is described as ‘unprecedented’ by clients: ‘These events are invaluable to the solicitors’ profession in terms of continued professional development and are very much highly regarded.’